Jannik Sinner clinched the win on Monday at the Mutua Madrid Open, but the 10th seed had to come back from the brink against Tommy Paul at the ATP Masters 1000 event.

Paul let slip two match points when serving for the match at 5-3 in the second set and another at 6-5 on the Sinner serve in the Spanish capital. The Italian upped his level at crucial moments to bounce back for a dramatic three-hour 6-7(4), 7-6(4), 6-3 win.

Sinner now has an ATP Tour-best four wins on the 2022 season after saving match points.

“It was a very difficult situation, of course,” said Sinner after the match. “I was up in the first set 5-2, and then I lost it. He played a very good tie-break. I made a couple of unforced errors at the beginning, and the second set was kind of a rollercoaster also.

“I’m happy to be in the second round here. Obviously it was a tough match, and let’s see how the next match goes.”

Sinner is yet to reach a semi-final in 2022 but has shown good form at some of the biggest events this year, reaching the quarter-finals at the Australian Open and the Masters 1000 events in Miami and Monte Carlo. The Italian will hope his hard-fought win over Paul can be the catalyst for a deep run at the Caja Magica, where he now holds a 2-1 match record.

Things were running smoothly for Sinner early as he dominated from deep in the opening stages on Manolo Santana Stadium, but Paul admirably stuck with his opponent. The American began to settle into the pair’s first ATP Head2Head meeting and recovered 2-4 to force a first-set tie-break, which he took comfortably after opening an unassailable 5/0 lead.

Paul continued to strike the ball cleanly and show imagination when coming forward, but the momentum of the match changed when the American served for it at 5-3 in the second. Sinner ripped a series of blistering forehands to reclaim the break and then fended off another match point to force a tie-break.

The 20-year-old looked to have found his range and after claiming the tie-break to level the match, he began to find searing winners off both wings to clinch an intriguing encounter 6-3 in the final set. A powerful serving performance aided the Italian when other parts of his game weren’t firing — he struck eight aces and won 72 per cent (46/64) of points behind his first delivery, according to Infosys ATP Stats.

“I just try to stay focussed on the present moment,” said Sinner when asked about how he had turned things around. “You cannot change anything in the past.

“Right now I’m thinking more about my level, because I don’t think it was one of my best performances. So I will try to raise it in the next round, but obviously [I’m] happy to be through because it was a very difficult match, a difficult opponent.”

Sinner’s previous 2022 victories following match point saves came in consecutive rounds in Miami — where he erased three match points against Emil Ruusuvuori in Round 2 and five against Pablo Carreno Busta in Round 3 — and in the opening round in Dubai, where he saved three against Alejandro Davidovich Fokina.

In Madrid, Sinner now faces a second-round meeting with Alex de Minaur, who earlier defeated home favourite Pedro Martinez, 7-6(2), 1-6, 6-3. Sinner holds a 3-0 ATP Head2Head series lead over the 23-year-old Australian, a record that includes a straight-sets win for the Italian in the fourth round of the Australian Open in January.

Alejandro Davidovich Fokina brought his impressive ATP Masters 1000 form to his homeland as the Spaniard brushed past Lloyd Harris with a 7-5, 6-3 first-round victory.

The World No. 29 has never been past the second round in Madrid but is full of confidence after his stunning run to a maiden Masters 1000 final at the Rolex Monte-Carlo Masters in April.

Davidovich Fokina will be delighted with the way he nullified the Harris threat at the Caja Magica. The South African had won the only previous meeting between the pair in straight sets at the 2021 BNP Paribas Open in Indian Wells and looked sharp early as he carved out a break point chance in the opening game in Madrid.

Once the Spaniard pulled through to hold, however, he didn’t offer Harris another break point in the match. Davidovich Fokina made a move of his own against the Harris delivery by breaking late in both sets to secure a 79-minute victory on Arantxa Sanchez Stadium.

Argentine Diego Schwartzman advanced to the second round in Madrid for the fifth consecutive year with a 6-2, 6-7(5), 6-1 victory over French qualifier Benoit Paire.

The 29-year-old arrived in the Spanish capital off the back of a run to the semi-finals in Barcelona, where he defeated Mackenzie McDonald, Lorenzo Musetti and Felix Auger-Aliassime. Schwartzman, who saved both break points he faced in his two-hour, six-minute triumph against Paire, will next play former World No. 3 Grigor Dimitrov or American qualifier Maxime Cressy.

Italian #NextGenATP star Lorenzo Musetti also advanced on Monday with a 2-6, 6-3, 7-5 win over Ilya Ivashka. The 20-year-old qualifier recovered from a break down in the final set to advance to the second round, where he’ll face the winner of the all-American matchup between 15th seed Reilly Opelka and Sebastian Korda. The Italian has notched two wins in each of his past three events, all on clay. 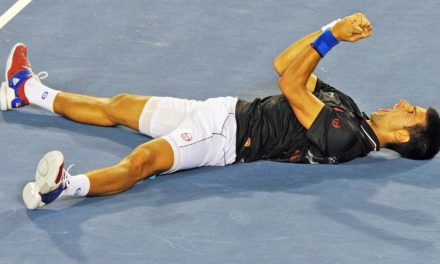 Djokovic Reveals His Most Exhausting Match 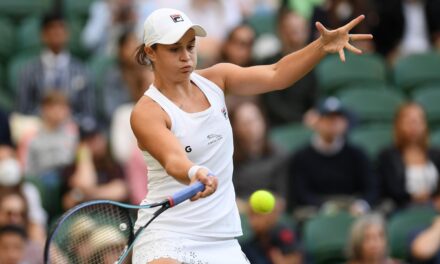 What are the big stories from Wimbledon 2021?