Denis Shapovalov had Rafael Nadal on the brink one year ago at the Internazionali BNL d’Italia, creating two match points before losing in a third-set tie-break. It was the Canadian who engineered a comeback on Thursday in Rome, scoring his second win over an ailing Nadal with a 1-6, 7-5, 6-2 victory.

The 13th seed advances to his sixth ATP Masters 1000 quarter-final, denying the Spaniard a landmark 100th trip to that stage at the Masters 1000 level.

After going down an instant break in the final set, Shapovalov won the final five games as Nadal struggled with an apparent foot injury, likely related to his chronic left-foot problem. The one-sided finish belied the hard-fought nature of the contest to that point, with the first two sets seeing a combined 17 break points.

“I am living with an injury. My day by day is difficult,” Nadal said post-match. “I am trying hard but of course it’s difficult to accept the situation at times. A lot of days I can’t practise the proper way.

“Today it started halfway through the second set and it was unplayable for me. I don’t want to take away credit from Denis that he deserves… Today is for him.”

He later added: “I started playing the match much better… so I feel sad about that. A lot of positive things but when this happens the rest of the positive things disappear. It’s time to accept the situation and fight.”

Nadal indeed set the tone early in the match, bringing up three break points in his first return game before breaking twice later in the opening set. But despite the 6-1 scoreline, Shapovalov maintained his threat and was rewarded early in the second. He began to get the better of the punishing rallies that Nadal had edged in the opener and — after saving three break points in a seven-deuce opening service game — broke for 2-0 with more aggressive baseline play.

The Spaniard reeled off nine straight points to level at 4-4, but Shapovalov raised his game from there as Nadal began to struggle physically. After missing out on a set point on the return at 5-4, the Canadian cashed in to break for the set as Nadal tried to force a tie-break.

Nadal made one last charge as he broke to open the final set, but with his movement hampered, Shapovalov took full advantage to run away with the match — though he needed three match points as his opponent flashed his trademark fighting spirit one last time.

“Obviously I’m a huge fan of his, growing up,” Shapovalov said of the Spaniard. “I watched him play so many times. Growing up, I wanted to play and behave like him. So I definitely super look up to him and hopefully he’s fit for [Roland Garros].”

Shapovalov, who this week rose to No. 15 in the Pepperstone ATP Live Rankings, improved to 2-4 against Nadal, picking up his first win in the ATP Head2Head since his breakout 2017 win in Montreal. The Canadian can reach as high as No. 11 by winning his first ATP Masters 1000 title in Rome.

He next faces fifth seed Casper Ruud, who’s rounding into form following a slow start to the European clay swing by his standards. The Norwegian reached the semi-finals at the ATP Masters 1000s in Monte Carlo and Madrid last season but has yet to reach that stage this year on the continent.

Ruud won their only ATP Head2Head matchup to date, in the 2021 Geneva final.

“Casper is extremely difficult,” the Canadian previewed. “I’ve only played him one time and he got the better of me. He’s an opponent with almost no weaknesses so it’s going to be another challenging match for me.” 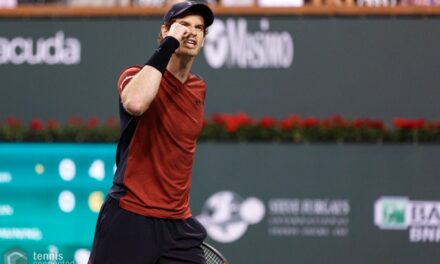