Rafael Nadals bid for a 20th grand slam title may have been slightly delayed by the Roland Garros announcement but Nike have nevertheless launched his gear. These images first appeared on Tennis Spree. Although the French Open has been put back it is expected to run in September one week later than the final match of US Open 2020. 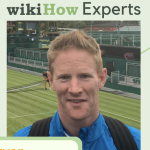 This is the pinnacle of evil

Hit With Djokovic Inspires Davidovich Fokina At US Open