Naomi Osaka stood firm after a parade of champions exited the U.S. Open on Sunday, blasting her way into the quarter-finals with a 6-3 6-4 win over Anett Kontaveit. On a dramatic day seven, three-times champion Novak Djokovic was disqualified from the men's draw for hitting a ball into a line judge's throat and 2016 women's champion Angelique Kerber was dumped out by American Jennifer Brady. After whipping through the first set in 28 minutes, frustrations grew for Osaka as the two-time Grand Slam champion failed to convert five match points and eight out of nine break points in the second set. 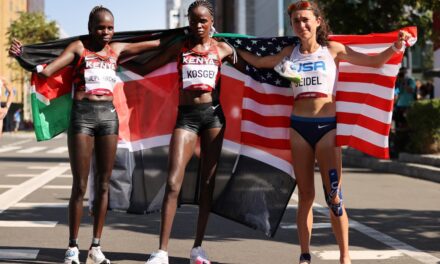 Tokyo Olympics: US runner Molly Seidel wins bronze medal in only her third ever marathon

Rafael Nadal: 'We gonna have a chance to play with…'

Rafael Nadal: 'The atmosphere between the players is good but…'

'Rafael Nadal could not finish a magnificent season with…', says top coach