Novak Djokovic said during the Nitto ATP Finals in London that he has been nominated to the to re-enter the ATP Player Council. The world no. 1 had resigned from his post in August 2020 after having co-founded another organisation – the Professional Tennis Players’ Association (PTPA) – with fellow council member Vasek Pospisil.

Speaking to the press after his round-robin loss to Daniil Medvedev, Djokovic said, “I have been nominated by players, and that’s how it works. I have not proactively run for the council but me and Vasek has been nominated by a large group of players. For me, that’s a great sign and I feel responsible and honoured to be able to represent players.”

The tussle between Novak Djokovic, PTPA and the ATP continues

Djokovic and Pospisil, along with American Sam Querrey gave up their place in the ATP Player Council. In December 2020, elections will be held to appoint new Council Members. Currently, Roger Federer, Rafael Nadal, Andy Murray and Kevin Anderson are part of the Player Council. The South African is the incumbent president.

Despite being nominated, Djokovic and Pospisil’s return to the Player Council looks to have hit a dead-end with the ATP reportedly voting in for a rule change that effectively bars any player who is part of another association. Lashing out at this call of the ATP, Djokovic noted, “You have a responsibility when you are nominated. But the ATP Board had a vote last night (on Tuesday, 17th November) which means no active player can be part of the council and any other organisation in the tennis ecosystem.”

The 17-time Slam champion also reiterated his stand of still being associated with the PTPA while attempting to rebuild bridges with the ATP. “I do not see conflict of any kind in being part of the PTPA and the ATP Council. I didn’t see this back in August when the PTPA was founded and I don’t see it now. That is why I accepted the nomination. I have not been approached by anybody from the ATP on this matter.”

Then, on a seemingly sterner note, Novak Djokovic concluded, “This rule is a strong message from the ATP that they don’t want the PTPA at all or any player involved. It’s very clear. It’s unfortunate to see the ATP position is such as the rule they have voted on. Now we know where we stand and now, we have to consider other strategic positions, and our next move in a different way.” 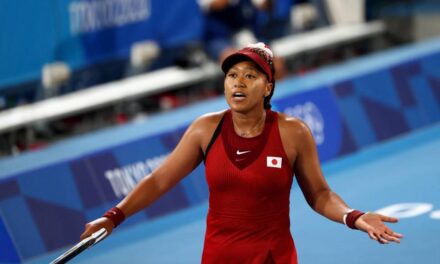