Four-time Grand Slam champion Naomi Osaka says it is absolutely impressive what Carlos Alcaraz has managed to achieve and praised the 18-year-old for creating a great level of excitement for men's tennis.

Alcaraz, who turns 19 next week, is already a Masters champion and a top-10 player as he is enjoying a career-high ranking of No. 9 in the world. .

"I feel like he's genuinely made everyone excited about the ATP and I haven't seen that in a very long time," Osaka said of Alcaraz, per AFP.

In Miami, both Osaka and Alcaraz reached the finals.

Alcaraz defeated Casper Ruud in the Miami final, while Osaka lost to world No. 1 Iga Swiatek.

"I'm not even really thinking about his age, like every time someone brings up his age, I'm like, 'Oh wow, I forget, that's so cool'," Osaka added.

"I think just his game style, just how pumped he is, how I feel like I'm watching him learn with every tournament.

"I don't know what his ranking was last year here, but I've watched almost every tournament that he's played, the US Open when he played (Stefanos) Tsitsipas and just to see the growth I think is really exciting for everyone."

Last season was extremely challenging and difficult for Osaka.

Looking back, Osaka acknowledges some experiences were definitely "sad" but added those tough moments helped her grow.

"I feel like there are a lot of moments in my career that are like extremely sad for me at the time but I kind of later look back on it and I think to myself, 'Well that really made me grow as a person, and even though I really hated the experience, I'm glad it happened to me'," she explained.

"For me that's one of those moments. I wish it didn't happen, but also I'm glad that it did.

"I feel like it prepared me for a lot of things that may or may not happen but it's kind of like one of those things you have in your back pocket as experience." 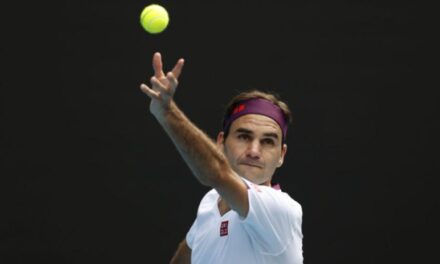 Resurfaced: A Shared Dream – 50 Years Of Tennis In Washington, D.C.