Matthew Jordan: "You have to stay patient"

Matthew Jordan goes into the final round of the 2022 Commercial Bank Qatar Masters locked alongside Adrian Meronk at the top of the leaderboard after producing a fine finish in extremely difficult conditions on Saturday afternoon.

Englishman Jordan had to show patience and mental toughness on Moving Day after carding three bogeys and no birdies on the front nine at a windswept Doha Golf Club.

He was joined at the summit by Meronk after the Pole got up and down at the 18th to close his third-round 72 with a birdie.

The duo, who are both searching for a maiden DP World Tour win, lead by one shot from Kalle Samooja, who posted a remarkable 66 earlier in the day.

Long-time leader Pablo Larrazábal is in a three-way tie for fourth on six under after following up a spotless front nine with a back-nine 40 which contained five bogeys.

Jordan said on Friday that his aim was to stay in contention over the weekend but that dream looked in danger of slipping away early on.

He started the day three shots behind Larrazábal on six under par but fell back to three under after bogeys at the second, fifth and eighth.

He bounced back with a birdie at the long tenth before picking up another shot on the 12th.

Jordan made another birdie at the 15th when the flag somehow trapped his long, speedy putt in the hole, and he followed that up with another on the 16th to grab a share of the lead.

He took the outright lead with a six-foot birdie on the last before being joined by Meronk shortly afterwards.

"I wasn't doing too much wrong, I just couldn't get up and down, couldn't hit fairways great, it just wasn't quite happening – but I knew I wasn't that far off.

"I just kept going and fortunately enough it all started to click.

"It was stressful. How can it not be? It's just hard work, hard grind the whole time. The simple shots are really tough.

"So it was stressful but it's always very rewarding when you do well."

Meronk also got off to a shaky start, with bogeys on the first, fifth and seventh but made amends with a chip-in birdie from a tough lie at the eighth before getting another shot back on the ninth.

He then mixed two more birdies with two bogeys over the next six holes before finishing his round with a close-range birdie to grab a share of the lead.

“I’m very pleased to be honest," said Meronk. "It was super tough. I knew it was going to be tough, it was a grinding day but I’m very satisfied with the result and looking forward to tomorrow.

“I was very patient. I knew I was going to make some bogeys but I just kept going, kept hitting good shots and I’m glad I did. 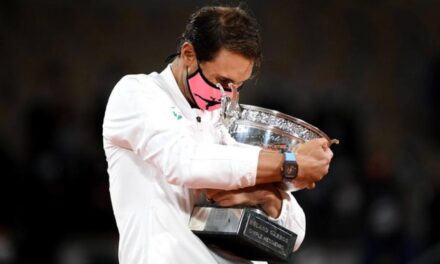 Rafael Nadal: 'If my uncle had not introduced me to tennis…' 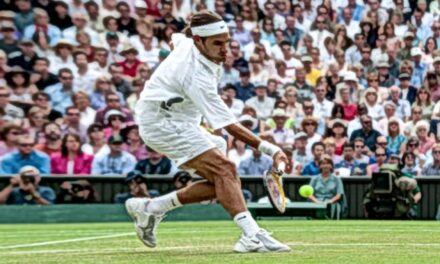 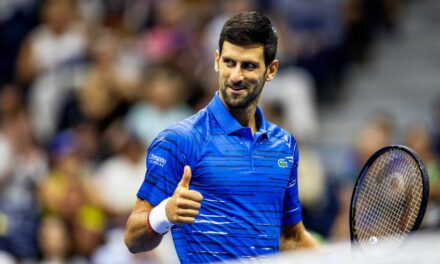