Not since Fuzzy Zoeller won the first sudden-death play-off in 1979 has a player won the Masters Tournament at their first attempt.

The only two other golfers to have won the Masters on their debut at Augusta National Golf Club were the winners of the first two editions – Horton Smith and Gene Sarazen, in 1934 and 1935 respectively.

Ahead of this week’s 86th edition, we look at the DP World Tour members who will aim to join this select group…

Eighteen months ago, Power was ranked outside the world’s top 500 but he has since enjoyed a remarkable rise up the Official World Golf Ranking.

The 35-year-old Irishman earned his debut appearance at the Masters by progressing to the quarter-finals at the WGC-Dell Technologies Match Play, losing to eventual champion and new World Number One Scottie Scheffler, as he confirmed his status in the top 50.

Power, now at a career-high world ranking of 41, who has recently joined the DP World Tour with the aim of making the 2023 Europe Ryder Cup team, won his first PGA TOUR title at the Barbasol Championship in July 2021.

Australia’s Lee booked his first appearance at Augusta by virtue of finishing inside the top 50 in the final standings of the Official World Golf Ranking for 2021.

The 23-year-old enjoyed an impressive season on the DP World Tour last year as he won the Scottish Open – a Rolex Series event – in a three-way play-off with Matt Fitzpatrick and Thomas Detry.

Now 59th in the rankings, following another debut appearance at the recent WGC-Dell Technologies Match Play, Lee will be eager to make his first cut at a major after missing out on the weekend at last year’s Open Championship.

Italy’s Migliozzi received his invitation for this year’s Masters after he finished tied for fourth at the 121st U.S. Open last June – his debut appearance at a Major Championship.

His spot at last year’s U.S. Open was secured as one of the top ten aggregate point earners from a three-event DP World Tour series, during which he was runner-up at the Betfred British Masters hosted by Danny Willett after a play-off with winner Richard Bland.

After earning his Tour card through Qualifying School in 2018, he won twice during his rookie campaign in 2019.

Higgo won his first PGA Tour title at the 2021 Palmetto Championship, just his second PGA Tour start, to claim his spot at this year’s Masters.

The South African, 22, has already won three times on the DP World Tour – two of which came within a matter of weeks on the Canary Islands last year.

That saw Higgo match the record of Tiger Woods for the fewest number of events required to claim three DP World Tour or PGA TOUR wins since 1990 – needing just 26 starts.

Australia’s Herbert will make his bow at the Masters Tournament thanks to his breakthrough PGA TOUR win at the Bermuda Championship last October.

The 26-year-old, currently ranked 44th in the Official World Golf Ranking, secured a top-25 finish at the DP World Tour’s Slync.io Dubai Desert Classic in January, his first appearance of the 2022 season.

A tie for seventh at Bay Hill in the Arnold Palmer Invitational in March is his best finish so far on the PGA TOUR in 2022.

Straka secured his first appearance at the Masters after he overturned a five-shot final-round deficit to win the PGA TOUR’s Honda Classic in February.

The victory at PGA National saw him become the first Austrian to ever win on the PGA TOUR and he will aim to continue his recent good form, which also includes a top-ten finish at The PLAYERS Championship.

The 28-year-old, who led after the first round at the Tokyo Olympics, has now joined the DP World Tour in a bid to secure a Ryder Cup spot at Marco Simone Golf & Country Club in Rome next year. 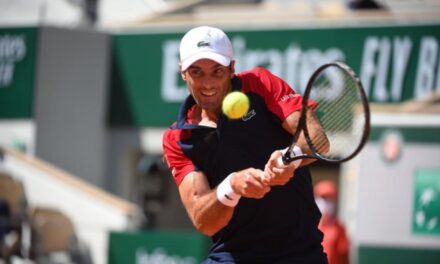 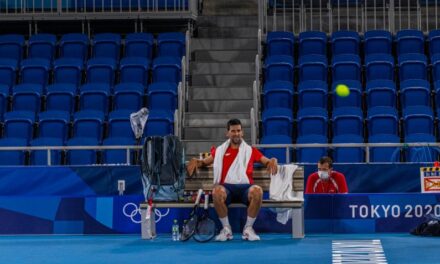 Novak Djokovic: 'I don't know if I'm going to be having more…' 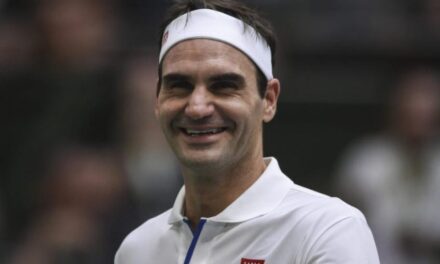 'Tokyo 2020 was gonna be towards the end of Roger Federer's career', says legend