Liverpool FC manager Jurgen Klopp compared the Liverpool and Manchester City rivalry to the rivalry Rafael Nadal and Roger Federer have had in tennis.

Liverpool and Manchester City are the two top teams in the English Premier League and have been one of the best teams in Europe for over the past several years.

This Sunday, Liverpool and Manchester City meet in a fixture that could be a key in determining this year's Premier League champion.

Liverpool and Manchester City have been dominating the Premier League for the past five years as for the fifth consecutive season the champion will be either Liverpool or Manchester City.

"The last four years we've stepped up a bit closer to City. We've pushed each other to incredible points tallies, I never thought it would be possible in this league," Klopp said, per ESPN. "The consistency both teams have shown over the period is crazy.

"In sport, I think what helps the most is a strong opponent. In the long term, especially.

"I think Nadal and Federer enjoyed the rivalry they had. That's how it is in sport. I wouldn't say I'm thankful City is that good, but it didn't harm our development.

"I'm expecting a good game. I know that doesn't happen often when two top teams face each other. Our history with City shows that very often they have been a pretty interesting watch because both teams really go for it.

"If we win we are two points ahead, we lose we're four points behind. If it's a draw, one point behind – that is it. Does anyone think that's done and dusted?

"This is a very important game. If we were 14 or 15 points behind it will still be a good game. We've qualified for a good game with the season we've played so far." 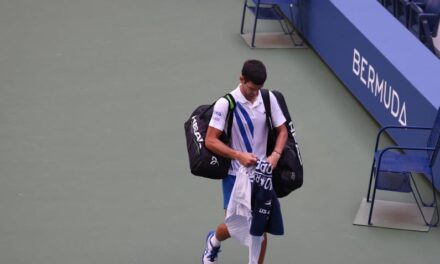 'Even if Novak Djokovic got knocked down…', says former Top 5

Novak Djokovic in e out: the reactions of players and media 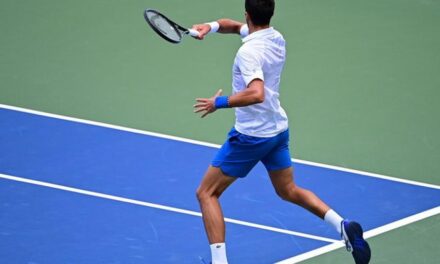