American tennis star Jessica Pegula praised the Miami Masters for organizing a world-class event and also took the opportunity to congratulate Iga Swiatek on winning the title and becoming the new No. 1.

Pegula, 28, enjoyed a good Miami campaign as she made the semifinal before losing to eventual champion Swiatek.

Swiatek, who has replaced Ashleigh Barty as the new No. 1, won Indian Wells and Miami to become the fourth WTA player to complete the Sunshine Double.

Swiatek is now on a 17-match winning streak and she is the new No. 1.

"What an interesting few weeks. Thanks @MiamiOpen for the great event and the chance to play so close to home. Congrats to @iga_swiatek on the title, #1, and much more. You’re making history right now. Enjoy it," Pegula wrote on Twitter.

Swiatek struggled a bit against Pegula but still managed to win in straight sets 6-2 7-5.

Swiatek made a good start to the match, breaking Pegula twice to win the first set.

After losing the first set, Pegula started the second set with a 3-1 lead.

Pegula was twice up by a break in the second set but Swiatek twice recovered to escape with a straight-set win.

After the match, Swiatek admitted Pegula was a tough opponent.

"Even though it's the middle of the night, I feel like I'm going to get some time to chill out today, because it was a really intense match and I had to give everything," Swiatek said after overcoming Pegula.

"[Pegula] is playing really low balls, that's her style. You have to work really low on your legs. It's just getting more and more intense. She's not missing a lot, so basically she's gonna also just use every opportunity to attack as well."

It was the second meeting between the two and Swiatek's first win over Pegula. 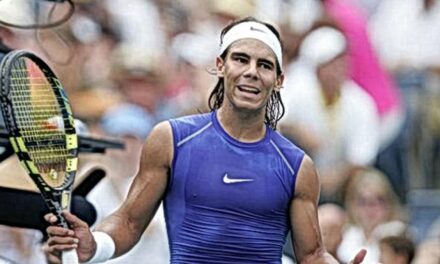 Rafael Nadal knew: 'Roger Federer is the player to beat at the US Open' 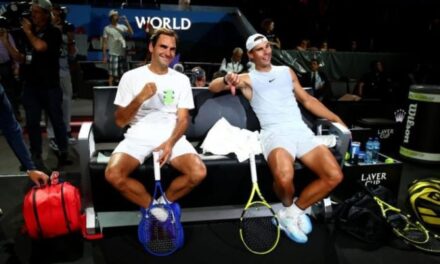 Kane they fix it? Getir signs partnership with cash-strapped Spurs