Italian CONI chairman: "Jannik Sinner is the present and the future of tennis"

The match valid for access to the Miami Open semifinals between Jannik Sinner and Francisco Cerundolo lasted only 22 minutes. The South Tyrolean, down 1-4, appeared in great physical difficulty from the first exchange and was forced to the withdrawal.

Blisters on his feet stopped Sinner; a problem that arose in the final part of the match with Nick Kyrgios. Sinner explained in the press conference: "I had blisters on my feet and couldn't move. I started hearing them in the last games of the match against Nick Kyrgios and now in the quarter-finals I wanted to try but it didn't work.

In the first game I slipped on his short ball and felt even more pain, I couldn't move. Then it happened again and in the end I was forced to make this bad choice. It's really hard to accept, I've played two tournaments in the last few days and I've been forced to retire on both occasions."

Just on the eve of the match between Sinner and Cerundolo, Italian CONI president Giovanni Malagò praised the Italian talent during the performance of the first Banca IFIS Observatory on the Italian Sport System.

Malagò said: “Lots of stuff. Sinner represents the present and the future of tennis. Where can he go? I don't think his future is tied to the Miami tournament. Even the great champions have said it: Sinner is not precluded from any goal."

Sinner, in all likelihood, will come back to the court at the Masters 1000 in Monte Carlo and will be able to say in the season on clay-courts. Novak Djokovic thought about eliminating the blue in the round of 32 of the Monegasque tournament in 2021.

We recall that, after the Miami Open 2022, Carlos Alcaraz overcame Jannik Sinner at the 11th place of the ATP ranking. 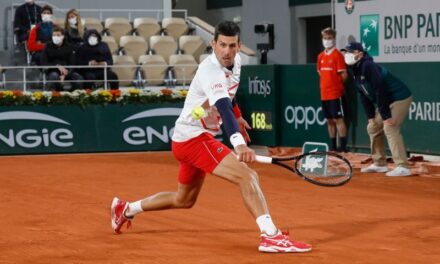 Alejandro Davidovich Fokina: I demand more from myself because I know i can do more 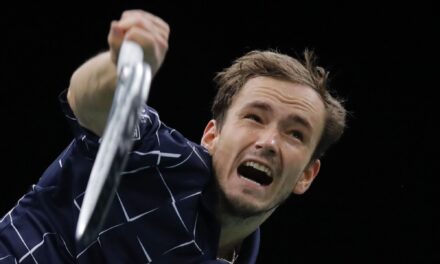