Second-seeded American John Isner delivered a service masterclass on Wednesday to overcome Evgeny Donskoy of Russia 7-5, 3-6, 7-6(5) in two hours and 12 minutes at the Mifel Open.

In their first ATP Head2Head meeting for eight years, Isner struck 25 aces and won 50 of 55 first-service points (91 per cent) for his 10th win of the season.

“It was a very difficult match, a struggle out there,” said Isner, after he reached the Los Cabos quarter-finals. “I knew it was going to be tough. I didn’t have a lot of confidence coming into the match.

“[At 36 years of age] I just try to stay in shape and take care of my body. It’s not about time on the practice court, but time in the gym and stretching to feel good. I think I do a good job of that.” 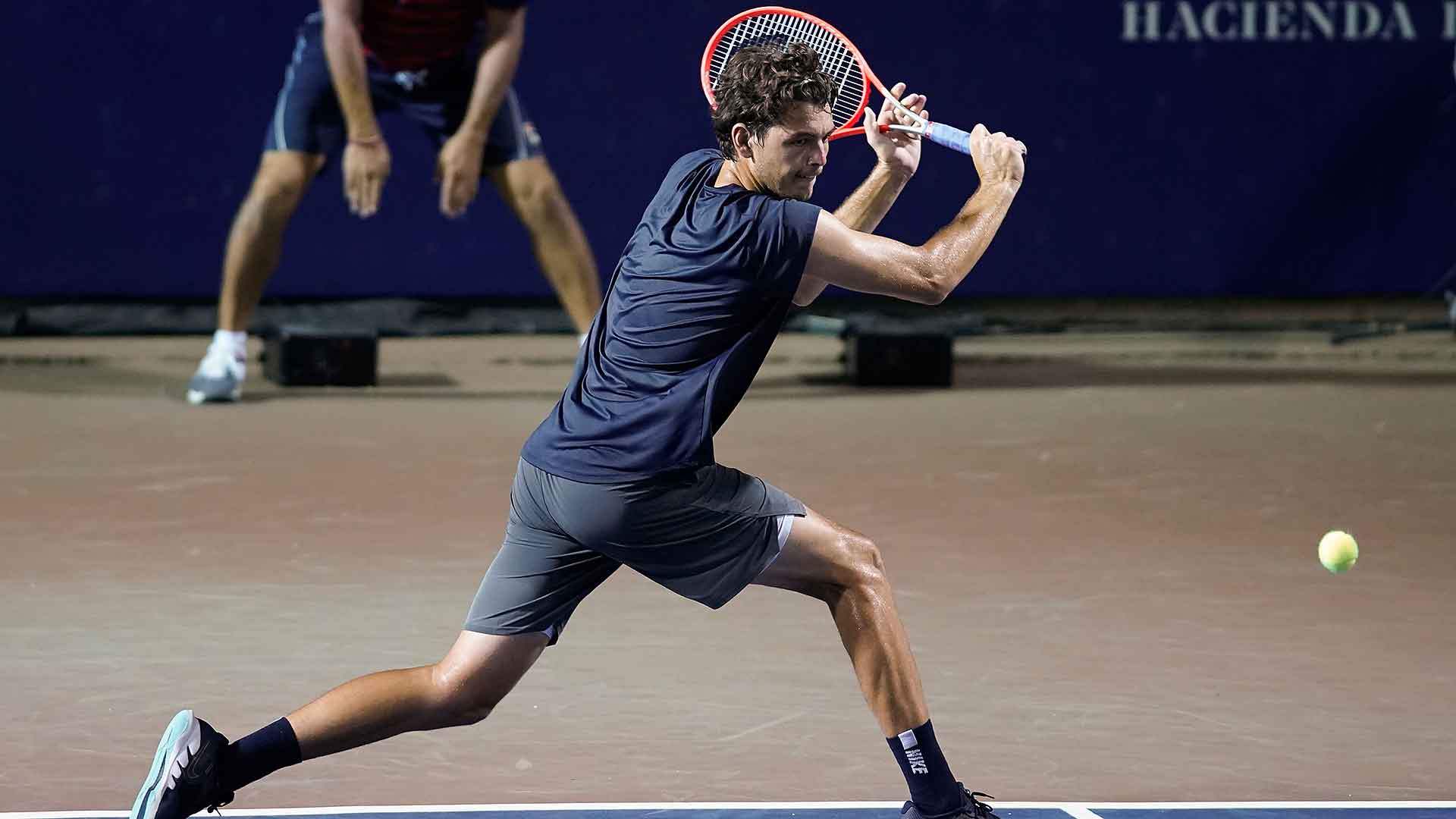 The third-seeded American struck 15 aces, and lost just eight of his first-service points (43/51) for victory over two hours and 52 minutes at the Cabo Sports Complex. He will next challenge sixth-seeded compatriot Steve Johnson.

Fritz looked to be on course for a routine win when he clinched the first set in 25 minutes, but having failed to convert three break points in the second set, Marchenko grew in confidence. The Ukrainian saved three match points at 5/6, 7/8 and 8/9 in the tie-break.

The former World No. 49 missed a forehand that would have given him a 3-1 lead in the decider, which featured four consecutive service breaks, and later saved three more match points at 4-5. Ultimately, Fritz held on and completed his 16th victory of the year (16-11) after back-to-back double faults from Marchenko.

Fritz has reached two ATP Tour semi-finals this year at the Qatar ExxonMobil Open in Doha (l. to Basilashvili) and the Sardegna Open in Cagliari (l. to Sonego).

Norrie Moves Into His Third ATP Tour Final Of The Year