Hubert Hurkacz spoke extremely highly of Carlos Alcaraz after losing to the 18-year-old at the Miami Masters.

Hurkacz, who won his first Masters title last year in Miami, failed to defend win back-to-back Miami titles as Alcaraz handed the Pole a 7-6 (5) 7-6 (2) loss in the semifinal.

“Carlos is a great player, a great competitor. It was definitely a challenge to play against him because he plays top level tennis. I congratulate him because it is enormous what he is accomplishing. He plays crazy tennis for his age. It's really amazing how he moves. It's really something special to reach such a level at his age. He has an incredible career ahead of him. It's crazy how well he plays," Hurkacz said, per We Love Tennis.

Hurkacz didn't deliver when it mattered most

Hurkacz had the first break point of the match in the eighth game but failed to convert.

In the first set tie-break, Hurkacz had a 5-3 lead before he lost four consecutive points and the opening set.

Hurkacz had a chance to break Alcaraz late in the second set but he missed out on two break points in the 11th game.

After saving two break points in the 11th game, Alcaraz opened an early 4-1 lead in the tie-break and never looked back to complete a straight-set win.

"I have a lot of emotions right now. It's something that you dream of when you are a child," Acaraz said after reaching his first Masters final. "It's really good to be in the final here in Miami. I love playing here. The crowd is amazing. I'm going to approach the final like a first round, trying to mask the nerves. I'm going to enjoy it, it's going to be a great final."

It was the first meeting between Hurkacz and Alcaraz.

The way both play, it's fair to expect them to meet again this season. 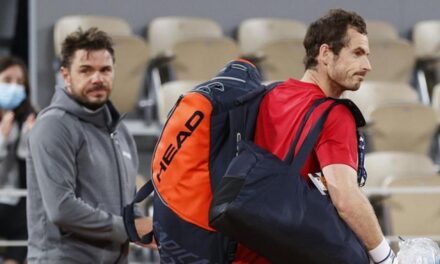 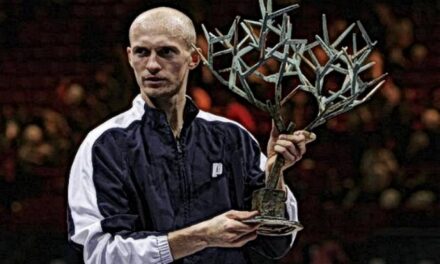 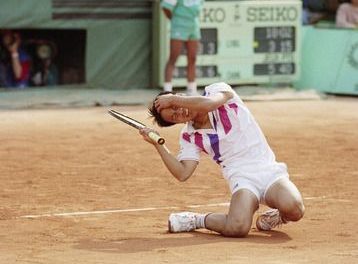 AP Was There: Chang, 17, overcomes cramps, Lendl in Paris