Carlos Alcaraz's coach from childhood Kiko Navarro has tipped the 19-year-old Spaniard to win the French Open in a few weeks.

Navarro, who was Alcaraz's first coach, gave an interview to Cadena Ser where he explained that Alcaraz has no ceiling and that he expects the 19-year-old to win his maiden Grand Slam at Roland Garros.

Alcaraz has won four titles in 2022 as he claimed victories in Miami, Madrid, Barcelona and Rio de Janeiro.

"He has no ceiling. I am very clear that he is going to be number 1 and on top of that it will not take long," Navarro told Cadena Ser. "He always burns the stages very quickly and is two steps ahead of the rest; in the end he catches a time in tennis in which not even Federer will be, neither Nadal nor Djokovic. He has entered in a bigger way than even Nadal. I think he will be able to win even Roland Garros this year. He has no ceiling."

Navarro: It was clear to me from Day 1 Alcaraz was a special talent

Alcaraz is just 19 but he is already one of the most physically dominant players on the ATP Tour.

"When he was 4-5 years old, I remember when he played with his father, and I was very surprised," said Navarro. "It was spectacular, and I remember it as if it were yesterday; he was hitting the ball with his father, when the normal thing is not to hit the ball. He painted for a very big player, and it's already being seen.

"As a child, especially technically, he handled all the shots in a spectacular way. It was not normal for his age," said Navarro. "That was what struck me the most."

On Sunday, Alcaraz delivered a stunning performance in the Madrid Masters final as he saw off Zverev 6-3 6-1. 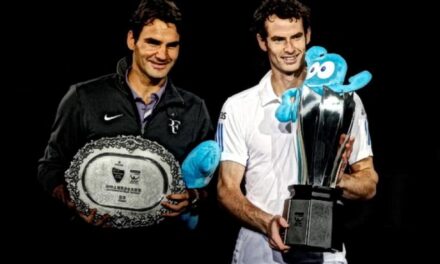