The 25-year-old Australian shocked the sporting world when she announced her retirement from professional tennis last month while she was considered to be at the very top of her game.

Barty was the longstanding Tennis World No. 1 and claimed her third grand slam title at the Australian Open in January this year.

However, she admitted that she had achieved all her goals in tennis and the time was right to chase her other dreams.

On Saturday, Barty won the ladies' competition at the Brookwater Golf and Country Club in Brisbane’s outskirts.

Barty, who plays off a handicap of 4, shot a round of 34 to finish first in a field of five women.

For her efforts, she was awarded $30 – a reward that pales in comparison to the $31,920,112 in prize money she won during her tennis career.

Barty has always been a talented golfer. Just over two years ago that she stunned American golfing great Tiger Woods at an exhibition event.

“She’s got a great swing, are you kidding me?” Woods exclaimed after Barty lofted a wedge into Melbourne’s Yarra River.

“She’s got all the tools if she wants to pursue it. If she put her mind to it, I’m sure she could,” he responded.

“I’ve seen quite a lot of golfers come from different sports and she’s the one that stands out the most, by far actually.”

While she clearly has the talent and determination to pursue a career in another sport, Barty has stayed tight-lipped on her what her next move will be. 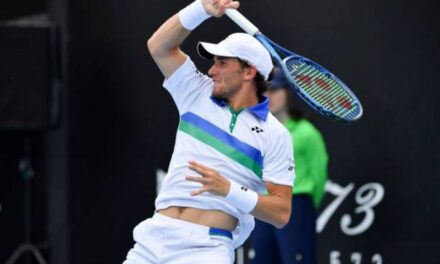